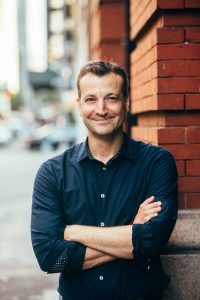 As a writer, editor, and producer, Eric Alt’s work has appeared in publications ranging from Fast Company, Men’s Journal, NBC, Mental Floss, Nylon and many others He helped launch Attack of the Show on the G4 Network as the show’s first head writer (and occasional stunt panda), and developed a dynamic brand voice across multiple platforms as senior copywriter/editor for Tommy Hilfiger. He has also served as Editorial Director for the Clio Awards, script consultant for Spike TV, and a copywriting consultant for VaynerMedia, Kahn Lucas, and Flaneur.  Oh, and he once worked with Muppets. After stints in Brooklyn and Los Angeles, Eric now resides with his family in New Jersey.

Agent-cy Online Marketing is a full-service Online Marketing agency that has been helping small businesses use the web to grow their brands and companies since 2006. The team at Agent-cy has deep experience in all aspects of Digital Marketing including Content Production, SEO, Social Media, Online PR, Web Design and E-commerce.