Go Daddy SuperBowl Ad and The Growth of Social Media 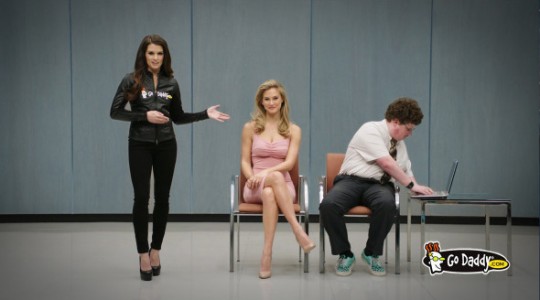 GoDaddy spent a reported $4 Million on today’s Superbowl win of the Ravens over the 49ers, up from its previous Superbowl spend of $2.4MM. How did a company selling domain name registration and web hosting services come this far? Does anyone remember Go Daddy Before the Days of the Superbowl? It used to be the King of Beers (Budweiser), Coca-Cola and the likes of Mastercard were about the only consumer brands that dared front even a million dollar :30 spot in Superbowl time. How times have changed. Let’s explore the Go Daddy SuperBowl ad and The Growth of Social Media

GoDaddy’s explosive global growth since its inception in 1997 directly correlates to the trends in Digital Marketing, the move from brick and mortar to e-commerce and Social networking. Let’s look at the timeline:

2000- GoDaddy as it is now named, launches Do it Yourself Web Tool for companies to use the service to do everything from web design to domain registrations. This is exactly at the time  Dotcom bubble was booming – how timely. But luckily GoDaddy did not then invest millions in SuperBowl advertising as directly following in that year we experienced the dotcom bust and so did many Superbowl advertisers follow suit (42% of dotcoms).

2004- Bob Parsons launches a controversial CEO Blog and starts to gain serious attention from Internet fans. Also, at this time Blogs start to become popular for businesses (after Blogger launch in 1999) with search engines like Technorati for Blog Sites starting to surface and grow like wildfire. More importantly, Social Media is now for real. In 2003, sites like Facebook, MySpace and Second Life launch – changing the web forever.

2005- GoDaddy’s provocative Super Bowl spoof of Janet Jackson’s “wardrobe malfunction” was pulled after making only one of two scheduled appearances, but after gaining considerable buzz online. It just then so happened that GoDaddy then took the lead as the world’s largest Domain Name Registrar. How appropriate was it that it was that year that YouTube comes on the web scene.

2006 – Go Daddy group surpasses 3 million active customers and more than 14 million total domain names. It is also at this time that Twitter is launched.  And the rest is history as they say…

The growth between GoDaddy’s fans and subscribers continues to rise for two more SuperBowl appearances, including today’s Ravens win over the 49ers and the growth of the importance of the Internet. Directly this feeds into the need of business owners and marketers everywhere to have the ability to buy web products, such as those provided by GoDaddy easily.

The GoDaddy historic timeline and the growth of Social Media, illustrates a great example of how the use of the Internet to sell Internet tools is a win-win and further, how the use of Social Media to support off-line marketing activities, such as of course, The SuperBowl, in a smart way, can mean a little web company can be a winner in the world of SuperBowl advertising.

For case studies on how to use Social Media to win, see  Agent-cy Case Studies